A flutter in time

As a boy the future was vast and untouchable, tempting, full of mystery and promise...
In my memory the known world of my own domain extended from my bedroom, to the back fence and toward the street but not across the road.

I went to pre-school and learned the way home, half a block, past the straggly mallee tree where the rock that looks like a turtle rests, waiting

The street, from our house to the corner and the paddock across the road became my turf

On to primary school and I had a bike! I pushed the limits of what was permitted and rode beyond the field of my parents view. 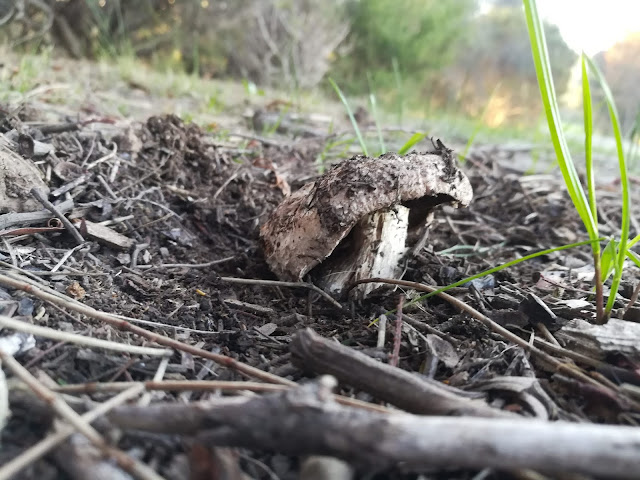 I ventured to the creek at the end of the street where micro bats flew out of the pipes that carried water from under houses up the road. There were still turtles in the creek then, but the creek is now a drain.

This was the time of my great expansion. The world began to open broadly before me, as far as I could travel before the street lights came on became open ground for discovery.

The horse paddocks of the Christian College, the wastelands of the proposed freeway, the derelict aquaduct all were my domain. A haunt for kids like me, proving ground for delinquency.
We knew these places like the back of our hand. Smoking cigarettes and drinking pilfered wine, lighting fireworks and escaping marauding motocross bullies. We hunted rabbits, collected mushrooms and were always off fishing. 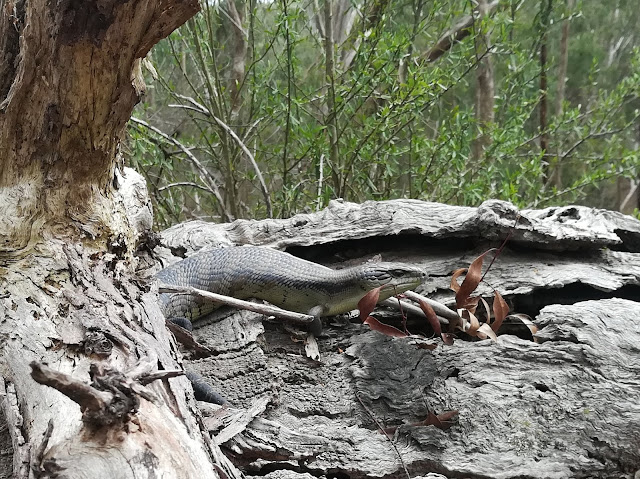 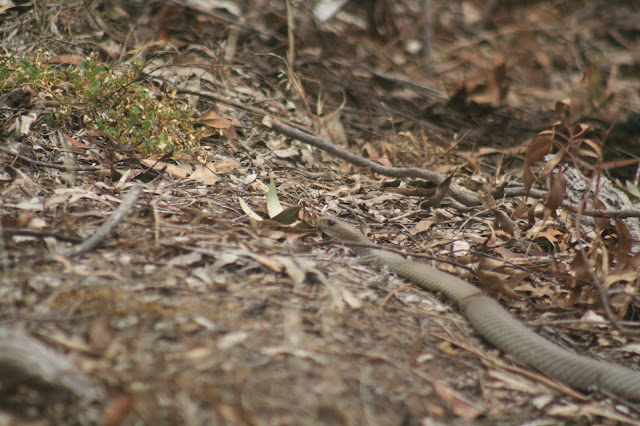 By High School (Technical School) greater distances were traveled. Kids spent time at the mall, but the Plenty River became my second home. From Partington's Flat to Blue Lake every scrap of clay, all trees, every rock in the creek the weeds, the rabbits, the Redfin and eels, the stink of onion weed, the elusive maiden hair fern and swamp wallaby, the Rosellas and the sugar gliders, the floating pummis rock and the hidden shafts of old mines, the platypus, the echidna, the cow shit and the water troughs, the rusted tin shelter and the horses that follow my drunken self through the paddocks at night, all. 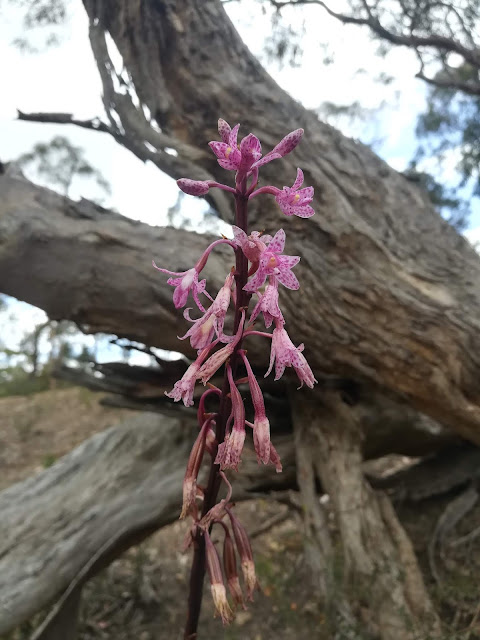 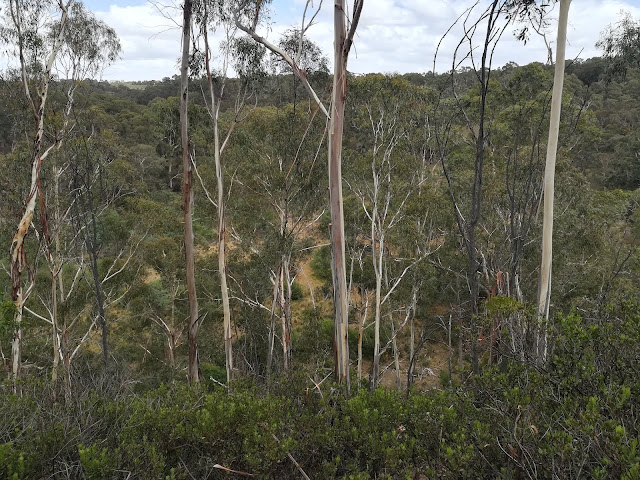 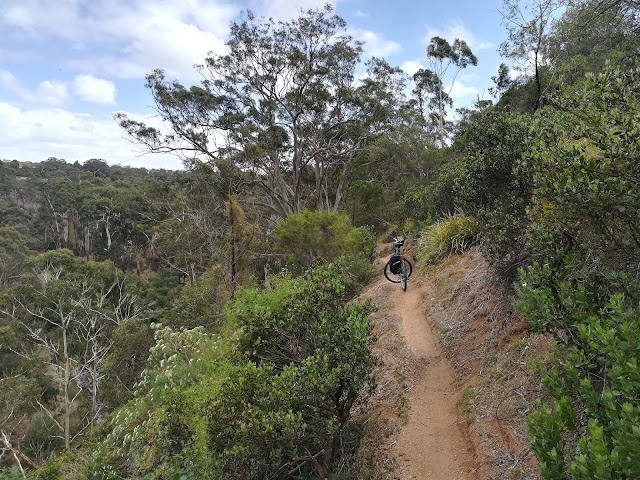 As I got older cars and motorcycles took me far beyond my territory, by then I couldn't wait to get away, I had a wandering spirit and visited the gorge less every year.

Eventually I moved away but to the gorgeI always returned. Just for a visit, just to say hi and to ground myself in 'My' country.

Over the last couple of years I have found Wombat holes where rabbits used to dominate and the invasive Rainbow Lorrikeet has taken over many of the nesting hollows ... Mountain Bike riders discovered the gorge and have made many erosive tracks but the landscape has remained constant despite their intrusion. I haven't seen a platypus for a while the river is not as healthy as it was, but the general habitat has persisted and continued to support a diverse population of many species... 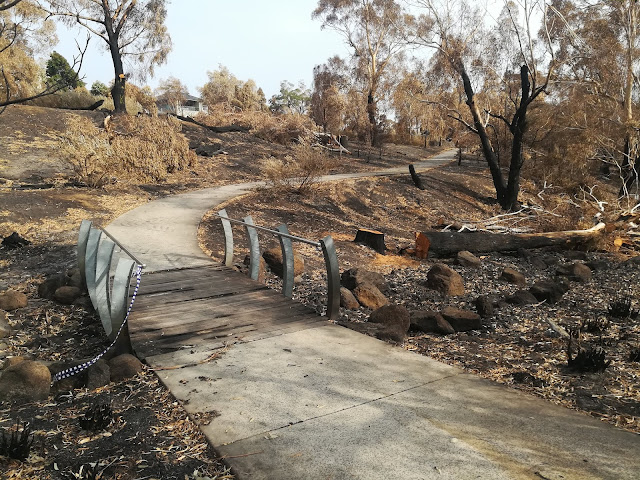 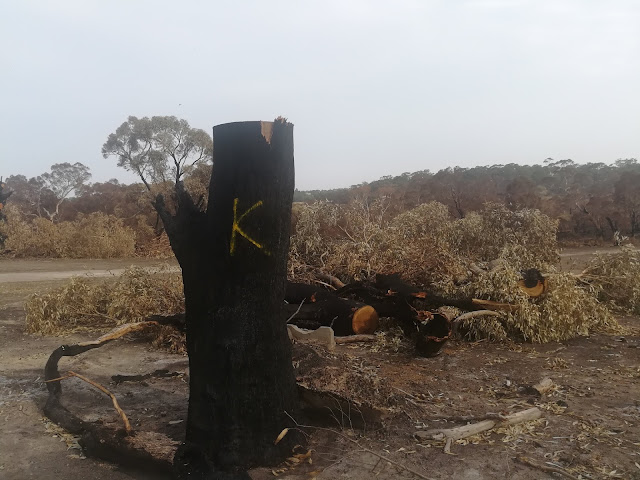 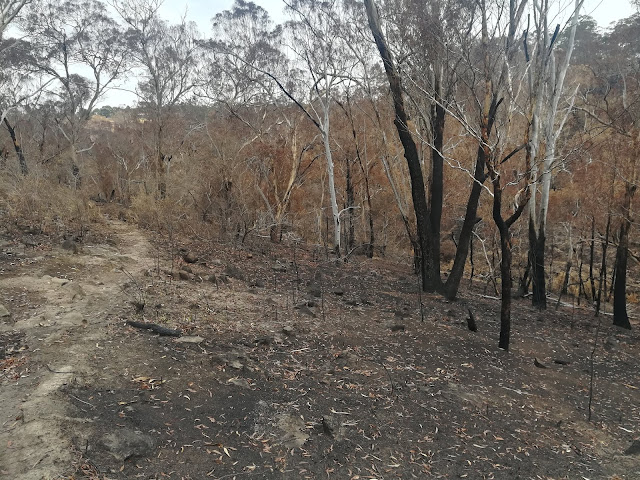 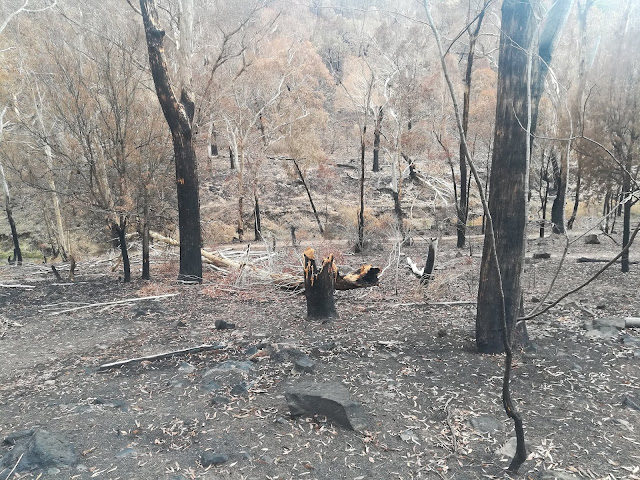 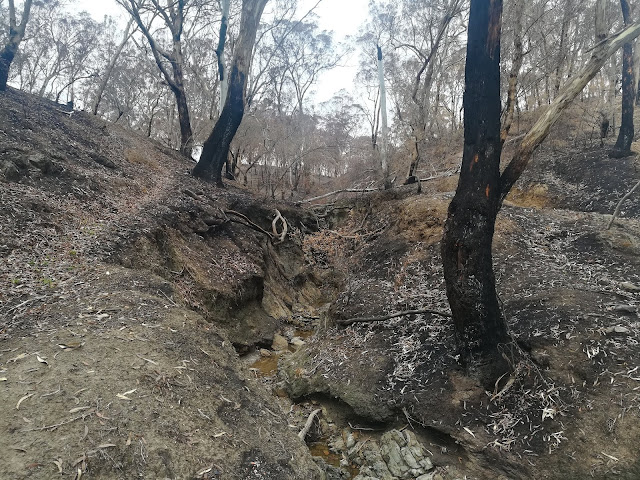 Now With all the ground cover gone the soil has turned to dust and as expected there has been torrential rain. Soil and ash will be swept into the river and choke everything... Yes given time the land can recover... unfortunately with global warming comes increased frequency of extreme weather events. Time for recovery will not be granted.

The brief period of my existence on this earth, spending time in, on, around the place we call Plenty River I have had the great privilege to know it intimately. I have been a 'part of' it and it is a big part of me. When I walk on it I take off my shoes and I breathe it. I let the hard clay cut my feet and the coarse river sand get between my toes. The thorny wattles have scratched and pierced my skin, mud from the exposed hillside has entered my grazed knees and shins. This river valley has fed me and kept me. I am of it and I will always return. Though my life is a hollow flutter in time, may this gorge keep me my breath, and blood, dust and ash. Return me to the River let my cinders mingle there.

Posted by David J at 3:56 pm No comments: Links to this post

"In honour of our escaping"

"I'll tell you thisNo eternal reward will forgive us now for wasting the dawn."
(Jim Morrison - The Wasp -Texas Radio and the Big Beat)

Posted by David J at 8:56 am No comments: Links to this post

On my way across town this morning I rode past the Jingili water gardens.


At the edge of the park on Freshwater drive there is a Friendship seat. It was installed not long after a local woman who many of us knew, took her life and the lives of her two children.

It's so hard to tell what good such infrastructure can do. Many times I've ridden past that place feeling empty and alone. I've read the words and seen the chair sitting in the blazing sun and wondered what peace can be found there, sitting alone.

The messages embossed on the footpath are encouraging, supportive and clear, but without human connection they seem empty and almost taunting.


How do we care for each other?
How do we give support to those in need?

Posted by David J at 8:24 am No comments: Links to this post

As our world ignites

Our country is burning, we saw it coming, it's been burning for years, now the flames are here. When we saw it coming we were shut up and ridiculed, outlawed and shamed.

Now it is hear and we have nowhere to go. We have to live in this space and our hearts are torn to pieces, together, right and wrong, rich and poor. This land will not recover from the state it is in.

If we do not change it will cease to support us and we will be wasted along with the billions of living things.

As people flee from the ravaged landscape, losing their homes, groups are forming to help them find shelter. Refugees from our own country... maybe now we will see just how precious hospitality is. Maybe now we will have sympathy for Refugees...

As I approach the final pages of the book I've been reading, I came across these lines. I leave them here as a prayer for peace, for the love of mankind and in thanks to the Gods who remind us always to cherish life.

"The Greeks had a word, xenia - guest
friendship - a command to take care of traveling
strangers, to open your door to whoever is out there,
because anyone passing by, far from home, might be
God. Ovid tells the story of two immortals who
came to Earth in disguise to cleanse the sickened
world. No one would let them in but one old couple,
Baucis and Philemon. And their reward for opening
their door to strangers was to live on after death as
trees - an oak and a linden - huge and gracious and
intertwined. What we care for, we grow to
resemble. And what we resemble will hold us, when
we are no longer..."

There are some words and phrases that really bug me. One such word is 'segway' I hate it when people use that word.
Another one is 'juxtaposition'.
I don't know why I don't like those words. They serve a purpose, they have a meaning... like the word 'doppelganger' has a very specific meaning. Why do I cringe when I hear it? Is it because they're words I was late to learn? Do I harbor a secret subconscious resentment against people who knew the words before I learned their meaning? Ave they been overused by particular groups?
Anyway, this is not an attack on words, it's just a post about an interesting sight, and a photo.
As I was riding through the university grounds I had my eye on the Amazing storm clouds, while simultaneously checking out an Osprey nest at the to of the telephone tower...
Thought I'd take a photo for the memory and put my bike in the foreground... beside a couple of bins... with the engineering building at the base of the towers...
So what's it all about? The paradoxical convergence of a Wild raptor nest perched atop an icon of the modern age accompanied by an industrial building, in contrast with the uncontainable weather, which would soon deliver lightning that could be drawn to the tower, where the birds sit... while in the foreground, a machine of efficiency, parked by a bin, representing excess and waste.
'JUXTAPOSITION!'

Posted by David J at 4:26 pm No comments: Links to this post

Spellbound by music I saw my life unfold in the lyrics of my favorite songs.
If I thought drugs or alcohol could enhance my emotional contact with the world then music was always part of the equation.

I never had the gift of a good voice or even a basic sense of rhythm, I didn't learn an instrument and couldn't dance but the feelings were intense and I committed totally to the experience... on the inside.

When I became acquainted with the Dire Straits song 'Your Latest Trick' in the late 80s, the lyrics 'It's past last call for alcohol', sent a chill down my spine, fear of running dry! The rush for last drinks was ingrained in my DNA. Threat of supply being cut off was a grim reality. The writing was well and truly on the wall for me for a long time before last call actually meant THE LAST CALL!

I may have overshot my last call by a couple of years but, rock bottoms are like that, you get more chances to experience the worst, until the very end and there is nothing left but Korsakoff's or Death.
I stepped off the train before it hit the wall.

On this day 24 years ago I was offered a second chance at life. I put my hand out and an opportunity was presented to me freely with a handshake. I was welcomed into an exclusive club and assured there are no fees! I'd already paid the price of admission!

Music was fundamental to my emotional survival as a drinker, it also created the matrix of my emotional vocabulary, how I related to the world was directly related to the music I listened to. Music was like a surrogate emotional coach. It was all highly emotive and lacked maturity, but the feels were strong.

In sobriety I found I could no longer listen to much of the music I related to and relied on for many years. New tunes had to move into the space that bands like Pink Floyd occupied. At least until I had some time under my belt.

Someone introduced me to Ted Hawkins... Rough and Gritty in your face alcoholism and misery! As brutal as he was the music spoke to my sobriety. I got it. I discovered lots more music that related more to my recovery than to my addiction, music can be like that. You find meaning from listening, new connections are made, new understanding. A new reality.

Right around the corner tonight is a Latin band, with dancing girls... I may move that way some time. But tonight I am sitting in my own space, enjoying a healthy meal I made for myself. Sitting alone in my own space. Just feeling the simple joy of taking one sober breath after another and knowing that I could have missed the whole thing!

If we see each other in 2020, I'll save a smile for you, maybe we can play a new tune and with confidence take the next step that calls the living to dance.